It’s a new year and perhaps you’re wondering what podcast to listen to? If so, you’re on the right page because I am going to give you the rundown on some of the best podcast to listen to in 2022. By the time you reach the end of the list you’ll be armed with motivation, information, direction, and hope for whatever is ahead of you in 2022!

The podcast hasn’t even been around for twenty years and the medium is huge, and it’s only getting bigger. With an endless stream of podcasts to choose from-whether you’re looking for entertainment or education with your listening time — there’s no end in sight!

Without any further delay, here is a list of five (5) podcasts you should listen to in 2022. 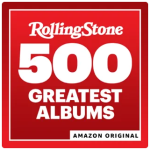 Here’s a podcast to listen to for the music junkie who cannot resist the stories behind some of the most essential albums of all time, told by the artists who made them and Rolling Stone’s writers and editors. Each episode focuses on one album from the brand-new, updated version of Rolling Stone’s 500 Greatest Albums list from the October 2020 zine, featuring fresh conversations with the people who made the music, classic interview audio and expert commentary. Episodes include the late Tom Petty on his solo classic Wildflowers, Taylor Swift talking about her career-changing 2012 album Red, and Public Enemy breaking down their political masterpiece It Takes a Nation of Millions to Hold Us Back.

The School of Greatness with Lewis Howes 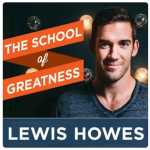 I started following what Lewis Howes was up to online back around 2009/10. He and his business partner were just starting to make some widespread noise and above all else, he was an influencer from my hometown of Columbus, Oh! Since launching in January 2013 his School of Greatness podcast has grown rapidly to be one of the top-ranked Business and Self-Development podcasts in iTunes. It regularly appears in the Top 50 of all iTunes podcasts, and has over 150 million downloads. Episodes range from interviews with incredible world-class game changers in entrepreneurship, health, mindset, and relationships, to solo rounds with the host, Lewis Howes, and the once a week listener-favorite, the 5-Minute Friday format.

Past guests on the show have included powerhouses like Tony Robbins, Alanis Morissette, Julianne Hough, Jack Canfield, Arianna Huffington, and so many more.

The Rise and Fall of Mars Hill 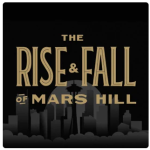 In the early 2000’s I found my way into various discussions and newsgroups with what would be identified as “The Emergent Church”…soon that very loose association of not-so-like-minded Christian’s and Pseudo-Christian’s would fragment even further into their various individual spiritual/theological points of view. Among those in the initial fray were folks like Brian McLaren, Leonard Sweet, Rob Bell, Erwin McManus, Jim Wallis, Tony Campolo, Richard Rhor and Mark Driscoll.  Down the line others such as Donald Miller, Andy Stanley, Rachel Held Evans, Shane Claiborn, Nadia Bolz-Weber, Jay Bakker, Jen & Brandon Hatmaker and still many others would join in and amplify what was happening within and then without the church in the western world as it had been up until that point.

Mark Driscoll’s journey to becoming one of the most powerful pastor’s in the US and then his undoing is chronicled in Sixteen (16) episodes of The Rise & Fall of Mars Hill. Sadly, as most of the huckster-type preachers, Driscoll has found his way to a new and evolving doctrine and also a new church (that he founded) in Arizona…two words come to mind, STAY CLEAR. 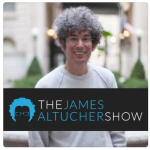 This may be my favorite podcast to listen to of all! James Altucher interviews the world’s leading peak performers in every area of life. But instead of giving you the typical success story, James digs deeper to find the “Choose Yourself” story—these are the moments we relate to… when someone rises up from personal struggle to reinvent themselves. The James Altucher Show brings you into the lives of peak-performers: billionaires, best-selling authors, rappers, astronauts, athletes, comedians, actors, and the world champions in every field, all who forged their own paths, found financial freedom and harnessed the power to create more meaningful and fulfilling lives. 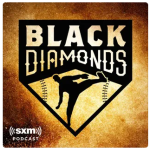 SiriusXM and the Negro Leagues Baseball Museum present an exclusive new podcast series, Black Diamonds. Hosted by museum president and historian Bob Kendrick, the podcast showcases the history of the Negro Leagues, highlighting the players, people and events that shaped them, as well as spotlighting the leagues’ achievements and innovations during a time of segregation and inequality. Listeners will hear the stories of baseball legends like Jackie Robinson, Oscar Charleston, Josh Gibson and Satchel Paige, and important figures like Rube Foster, Effa Manley, Buck O’Neil and many more.

Marty has an extremely strong background in marketing, from broadcast to digital. He has worked with numerous sized companies, in a variety of markets. His ability to work with each of his clients, and focus on their marketing needs provides a great opportunity for any client to make their advertising and marketing investments profitable.